Noel’s Explanation Of His Deterioration Of Health
Several months after experiencing neck problems at age 13, which suppressed my breathing and provoked an intolerance to several foods, and allergies to bananas, animal hair, kapok and pollen, I suffered a major epileptic seizure which put me into a brief coma. I was told by a leading neurologists at the Royal Brisbane Hospital (RBH), the cause of epilepsy was not known and informed I would never live a normal life again. I was also told I must never exert myself as exertion may bring on a seizure, and I must avoid all items I had an adverse reaction to, and take the lifetime of drugs he prescribed, to minimize the seizures. — (Later I discovered that exerting myself by lifting heavy weights when I felt a seizure coming on, stopped the seizure from eventuating because it helped to improve blood flow to my brain, through my internal carotid arteries.)

The Cause Of Childhood Epilepsy “IS” Known. It Is Family Stress and Hopelessness
Many years later when I was studying psychosomatics, I also found several medical journals in the RBH medical library several floors directly above the office of that neurologist who told us the cause of epilepsy was not known, which explained the cause. One such journal is: – Developmental Medicine and Child Neurology Volume 26-1 1984. This journal explains that family stress due to “marital disharmony and parental deviance” is the cause of childhood mental disorders such as epilepsy, and this comment is so accurately applicable to my childhood family life, I had to wonder if the author lived in my house. If the neurologist had of told my mother, that medically documented cause, it may have been just the thing she needed to hear, to put a stop to our family disharmony.

The RBH neurologist told my mother and myself that my seizures were caused by something going wrong in my brain, and that medical experts were not sure what the problem was, and “that”, is much the same reasoning told to most patients diagnosed with epilepsy, autism, Parkinson’s, MS, and several other autoimmune disorders to this day. — Medical experts claim Parkinson’s disease in particular, “may” be caused by an inadequate quantity of the hormone dopamine available in the body but from medical journals in my eBooks and on this website, and from autopsy information documented by Dr. James Parkinson himself, way back in 1817, you will soon see, this is not the case.

A Natural-based Medical Doctor, A Dutch Weightlifter Rudy Droste and An International Bodybuilder Paul Newington, Saved My Life
In 1961 after I came out of my coma, the doctors and neurologist who treated me at the Royal Brisbane Hospital, told myself and my mother a whole lot of doom-and-gloom, and as a result, I never expected to live anything like, a normal life again. Due to the guidance of my family doctor however, Dr Elliott, who was a devout Christian and into the “natural” approach, as well as the motivating encouragement of an amazing Dutch weightlifter, Rudy Droste and Paul Newington, my life improved beyond all expectation. — Due to what these 3 amazing motivators taught me, I not only regained my health and my life, I also became a successful athlete and learned how to really enjoy my life.

By Improving Our
Breathing, We Improve
Every Other Function

Encouragements By Dr. Elliott and Rudy Caused Me To Read Books On The Mind, The Body, Breathing and Oxygen, Which Gave Me A Great Understanding Of Natural Health Issues At A Very Young Age
Due to never wanting my symptoms from those days to return, I have kept following the lifestyle habits that these 3 people taught me, ever since. — In those days, instead of studying from school books, I was studying books on the brain, the immune system, autoimmune disorders and respiratory factors involved in autoimmune disorders, for my own survival. — The respiratory problems I experienced in those days compelled me to continue doing breathing exercises throughout my life and I soon discovered, by improving lung efficiency, we can improve every function in our mind and body. — I started with blowing party balloons up as a lung exercise, and eventually progressed to blowing hot water bottles up, and then went on further, to blowing a meteorological weather balloon up to earn an entry in the Guinness Book Of World Records.

Below is a video of my blowing a hot water bottle up, for the son of one of my clients, an MS patient I treated in Canada: Sherry Carson. — (You can watch Sherry’s success video on my MS Pack website.)

Due To Rudy’s Coaching I Gained An Entry In The Guinness Book Of Records At Age 31
Rudy pushed me so much in training that I eventually developed so much lung strength that I went on a television telethon to raise money for the Mater Children’s Hospital, blowing up a meteorological weather balloon to a diameter of eight feet. — I blew full breaths into the balloon non-stop for an hour at a time for six hours, with a ten minute break every hour, which I believe proved that any bronchial difficulties I had were now, nothing more than history. — In fact, this feat became history as it was entered into the 1981 edition of the Guinness Book Of World Records. — If you have asthma, bronchitis, emphysema or sarcoidosis, you too may overcome your disorder completely by following the ideals I write about in my eBook “Bronchitis, Asthma, Emphysema and Sarcoidosis”. — Believe me, I am not all that clever and I am no different from the average human being so if I can do it, you can too.

Whatever you may be going through at any point in time, “always” be willing to work to maintain good health and see the world as a beautiful place no matter how much difficulty you have had to endure. 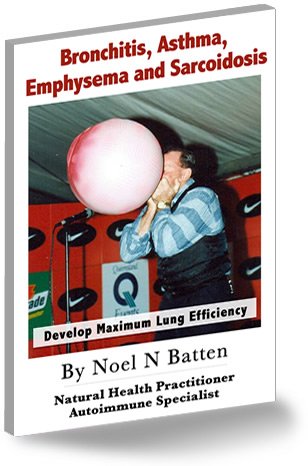 My personal victory offers the same success message that comes from the famous story about the Ruby Red Slippers in The Wizard Of Oz. — In most cases in life, with the right determination and focus, we can create miracles in our lives. — I teach my clients and people who attend my seminars these personal and spiritual ideals from my two eBooks below “14 Steps To The Fountain Of Youth” and “True Happiness Relies On The Trinity Within” which are available from this website.

Your Faith In God and Prayer Can Also Help You Regain Your Health and Well-being
Medical research has proven that regularly relying on prayer can give a patient a sense of faith and hope, which in turn, causes a reduction in the level of stress hormones “cortisol” (causes weakness and atrophy of muscles by using up protein from muscle cells), and “noradrenaline” (causes excess muscle stiffness), being released into the system, which enables improved muscle flexibility and strength, digestion, absorption, breathing and sleep, and this in turn, allows the body’s own innate healing to flourish. — (One medical journal that details this research is: – (Annals of New York Academy of Sciences Volume 164 1969 P515) 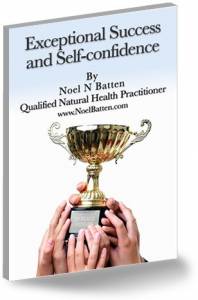